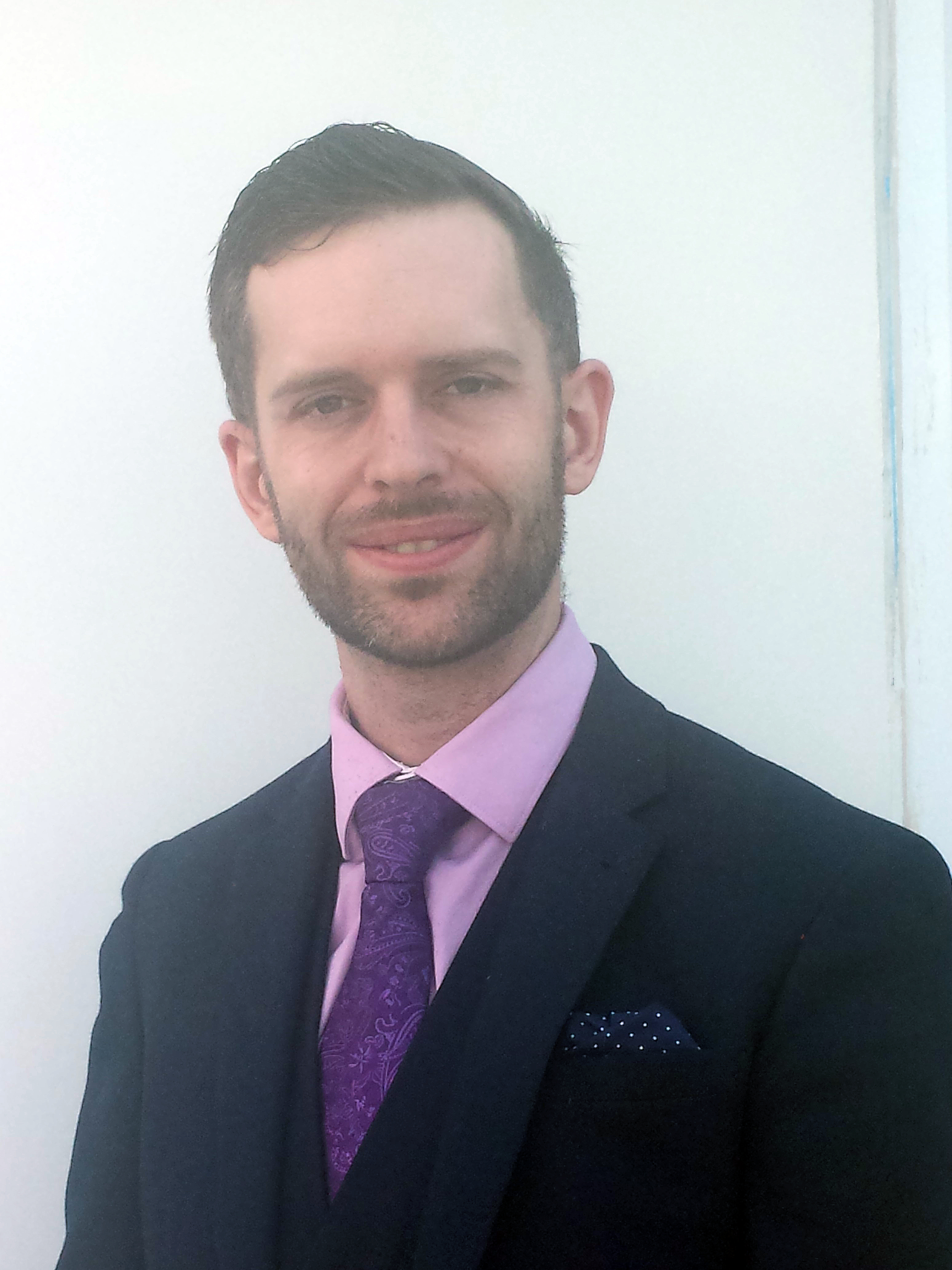 Biography:
After leaving school Alex Barlow didn't know where he wanted his career to progress. He studied IT in further education and worked in that industry for a couple of years. However, his itchy feet soon got him yearning to see more of the world. Following some family advice Alex made the move into the maritime industry and spent his early cadet years on bulk carriers doing world-wide tramp trade. After qualifying as a ship’'s officer, Alex moved to a job with a platform supply company in the North Sea. However, with a young family and the prospect of being away from his wife and child the decision was made to move ashore. Alex made that move ashore when he was 27 and he now works as a lecturer at Fleetwood Maritime Campus (Blackpool and the Fylde College).

I spent my cadetship on bulk carriers where you could spend a lot of the time at sea not seeing land or going ashore, then get two days in a port. It was quite slow going and culturally isolating.

Once I'd qualified I got a job with a platform supply company. That was working entirely in the North Sea. That was five weeks on then five weeks off. It was an entirely different culture and made life a bit easier. It wasn't the same as being ashore but it was a lot better than being deepsea.

I started dating the woman who is now my wife. We also now have a son. When we started dating, straight away there was a difference in lifestyle. No longer was it just keeping in general touch with people, I had someone I wanted to have regular communication with.

In the last five months of my time with the platform supply vessel company, I self-funded myself to get my chief mate's ticket. I was doing the orals and prep at Fleetwood. I'd moved up to Fleetwood after qualifying to be closer to my girlfriend – now wife – as she was a local from up here.

We'd always talked about looking for an opportunity for me to come back ashore but I wanted to get my chief mate's ticket because it shows progression.

Once I was at the college I was talking to some of the lecturing staff there and asking them questions about how to find work ashore. There was a guy lecturing who said he thought I'd do well in lecturing. He put me in touch with the right person at the college. I made some enquiries and they were keen on me. Before I went back to do my last trip to sea, the college got me in to do an interview and a micro-teach session. I got the job but I had one more trip to do at sea. When I went on my final trip I gave my notice in.

One of the issues about getting a job ashore is arranging an interview whilst you're still at sea. I was quite lucky as things feel into place for me. However, one of the possible aspects I looked at was doing a post-graduate degree. That was where I had a bigger strain from being on a ship and doing something ashore.

Pretty much all of the degrees I was looking at were either full time or part time. So even working five-on, five-off just wasn't possible at all.

I think most of the advice I got probably came from talking to individuals from the industry and also more broadly from other sectors. The guidance I was getting from bodies within the industry was more vague advice that there are careers out there but not much about what they are and what you need to do them. As much as I'd seen there was a little about some of the sectors you can move into.

One of the things I've seen since I've come ashore was that the Nautical Institute did a session about careers at sea and beyond. I attended that as a lecturer along with ten cadets who were about to qualify. The message very much was don't bother coming ashore unless you've got your master's ticket and if you're a master don't think that that will qualify you for a good job ashore as it's a different job and you need to work your way up from the bottom again.

It's all well and good telling people that but what support mechanises are in place. All we were told was just ask us at the Nautical Institute and we'll help out. But the issue is that if you're ashore then you can get to these things easily. You can ring people up. But when you're at sea you don't have that access so regularly.

For me I think it would have been useful to have been told things like what different sectors of industry are out there and in those sectors what jobs are good or suitable for someone coming in from sea as an officer of the watch, as a chief mate or as a master and what those jobs actually entailed and what you can do to prepare yourself for it.

We had a lecturer who joined us at the college who had been a master for about 30 years. Some masters are very hands on whilst others are more paper-shufflers. They were very good at giving orders to people they weren't in charge of but thought they were senior to because of age and therefore mentally had put others in approximate ranks. We often found that he'd come in and was often looking for advice, then they were saying can you do this or that to get us to do it for them. Part of that is getting out of the mentality of being a master.

However, we've also had another master at the college who says he really enjoys lecturing and he's done his time as a master. He now does this because he enjoys it rather than feeling he needed to control everything. These are the two opposite ends of the spectrum but it can be hard for higher ranks to come ashore from a ship where everything is resting on their shoulders to just being another cog in a larger machine.

That transition is something for managers to be mindful of, but once you're ashore and you're within a difference sector – and I think most sectors are quite inward looking – it's very easy to quickly forget what life is like outside of that sector.

I think that as people get into their mid to late 20s they can start thinking that just because shipping is what I do at the moment it's not necessarily what I'm always going to want to do. The bigger problem I think is getting younger people thinking about what they are going to do with their careers after their time at sea. In my role at the college I try and make the cadets think about the bigger picture. Just because something doesn't benefit them getting their officer of the watch certificate, doesn't mean it's not useful. For instance, when we're teaching them about how to write a report or do research we get them saying 'why do I need to know this?' and 'how is this going to benefit my career?'. It's the most difficult thing to get through. It's about getting through to them that the average career-span at sea is about seven years. So, if you're 21 now you won't even – on average – be 30 by the time you're looking to move ashore. So, it's about what are you doing to make yourselves ready for that change.

If there was a single thing I'd like to see done to help people make the shift from sea to shore, it's having clear guidance and a clear progression path. Like within the ship ranks you have a very clear structure. If you want to be an officer of the watch you need to do this. If you want to be a chief mate you need to do these short courses or exams. I realise that it's far less straightforward when you're coming ashore as you have dozens of industries but some sort of career mapping showing how you get into different industries and to make it more visible. In a lot of industries, once you're in, you're in and you have connections but coming from the outside you won't have that.

We need to start thinking about shoreside shipping being an industry like shipboard shipping.