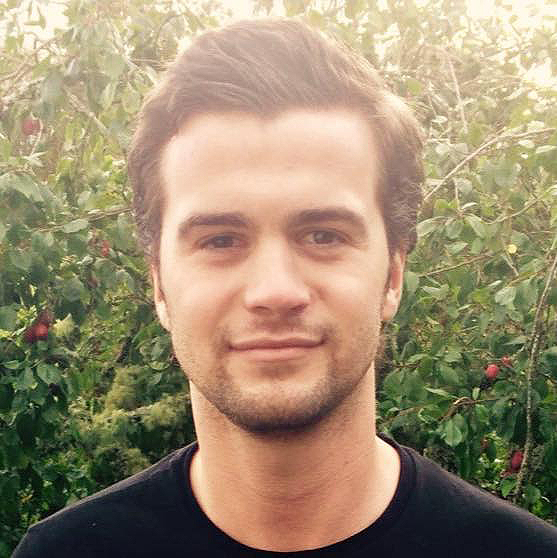 Biography:
Ruaridh is a young seafarer studying at Clyde Marine Training in Scotland. Having left school and started work, he returned to training to follow in his cousin's footsteps for a career at sea. Now in the final stages of his training, he reflects on some of the experiences and challenges he's encountered during his formative seafaring years and considers what advice he'd give to those looking for a life on the water.

College to sea: experiences and challenges

I didn't really know what to expect when I first went to the college. I had a vague idea and I'd spoken to my cousin who had already done it, but I didn't know what to expect about how intense the workload is going to be or I was going to get on with the people who I was there with. I didn't know how the day was structured. Was it a nine to five thing or would I have a few classes then go off and do my own thing? It was completely unknown to me as there wasn't much in terms of information. I went in a bit blind.

One of the things I found was that your hand is not held and you are not taken through the course like you would be at school or in the sixth form. There is guidance of course but it is very much a personal thing. They give you the tools and give you the information and you do with it what you will. You get as much out of it as you put in.

It's certainly different from school, where you'd go from an hour class to another hour class on a different subject. Here, all the subjects are interlinked. For example, you could be doing something on celestial navigation and then you'll have to apply that to your chartwork class.

At school, if you don't like one subject then you can wing it and in half an hour you'll be in another subject. In maritime training, if you're starting to not enjoy the learning side of things it can get quite difficult as they are connected.

Before I went to sea for the first time, the training company provided me with a list of bullet points of what to take with me. I'd advise people to use their common sense and to ask their sponsoring company to for how long you're likely to be away for. My advice would be – if you can – find out where your ship is going. If it is likely to be hot, take light clothes. If it's likely to be cold, then pack a few jumpers. Inside the ship it won't vary too much, but if you're outside then you should plan accordingly.

The other thing I'd say is take something you can occupy yourself with. If you're finishing your work for the day and you go back to your cabin you may do a few reports for your training book. But if you are doing that day-in, day-out then it can get very monotonous. Maybe take a hard drive with you with some films on it. Some guys take their games consoles and a monitor for their cabin. Books and music are good also. Anything that you'd normally do at home – for instance if you like watching TV then take some shows with you – then do it to bring the creature comforts of home with you. I'd also suggest you take a pillow. If you like a good pillow, then bring one as some of the ones onboard I'd barely call pillows.

Pack your clothes sensibly. For my last trip, I was in the Baltic Sea so I took some sensible trousers as it's very cold there. If you can't find out where your ship will be going, then pack for both hot and cold weather. There is no issue taking lots of stuff with you. I don't get that. I'd say use all your luggage allowance as it's paid for. You'll learn after your first trip what you need and you'll end up taking less. There's no shame in taking two fully packed suitcases with you if you're going away for five months as I think most people would do the same.

I'd say to someone thinking about doing what I'm doing to be sure that you want to do it. It's a big commitment. It's three years of your life – which doesn't sound like a lot when you have some university courses that are four and five years – but it's different. You're away for a large chunk of that time – a minimum of 12 months – with no contact with friends and family. I know several people who thought "I'll see how this goes", and they're not doing it anymore. They could've been doing something else with their time. It's not bad though. You'll likely get to see some places that not a lot of people get to see and hopefully you'll get a job out of it at the end.

If someone is considering it, then talk to people and think about if it's something you'd want to do for 10 or 20 years. At the end of the day you're getting a qualification for a job and you must be sure that it's what you want.