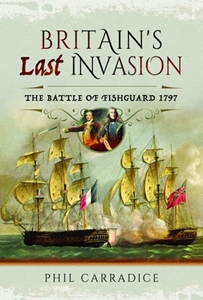 In Britain’s Last Invasion, historian Phil Carradice tells how the women of Fishguard came particularly to the fore that month when 1,400 drunken and out-of-control French soldiers from the Legion Noire landed for an attempted takeover. When the local men fled, the women stood fast, and one-armed only with a pitchfork – captured 12 enemy soldiers.

The whole incident was hardly in the league of William the Conqueror, as Carradice readily acknowledges, but he makes a good case for this being a genuine invasion.

And although it was all over in a few days, he says it influenced the development of the British fleet – and even led to the introduction of paper money.