From Oceans to Embassies 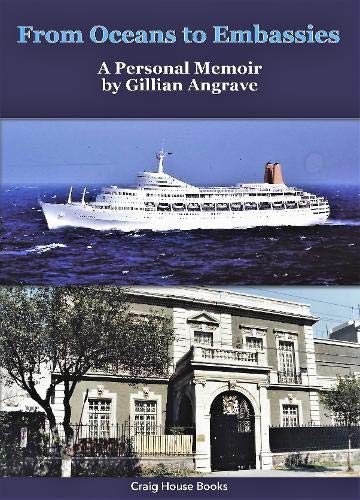 Gillian (Gill) Angrave’s autobiography charts close to 40 years, starting out as aPA in an engineering company in Leicester before embarking on seven years with P&O as an assistant purser on its cruiseships Canberra and Oriana. She travelled the world, met friends she still holds dear today, and thoroughly enjoyed the onboard entertainment – especially when she was a part of it.

Not content to stay in one place after such a thrilling start to her career, Angrave spent the next 29 years as an ambassador’s PA. Postings took her to the Philippines, Peru, Guatemala, Chile, Mexico and Hungary. Retirement from the Foreign and Commonwealth Office at 60 clearly wasn’t going to cut the mustard, so Angrave then became Registrar of Marriages in West Sussex.

As you would expect from such a big life, Angrave’s memoirs are filled with exciting adventures and fun experiences. Luckily for the reader, she was also a keen amateur photographer and there are many pictures of
people and places, including some very famous faces along the way.

At just over 400 pages, From Oceans to Embassies might seem like a long read but each part of her story is broken down chronologically into separate chapters which the reader can whizz through. Or you pop in and out of sections of interest as the whim takes you.

The large font and generous spacing makes for enjoyable reading. Even the youngest and most web-hardened digital native can’t fail to fail for its allure. Some might even follow in her footsteps.