Home News & insight Ships of the Past Megara 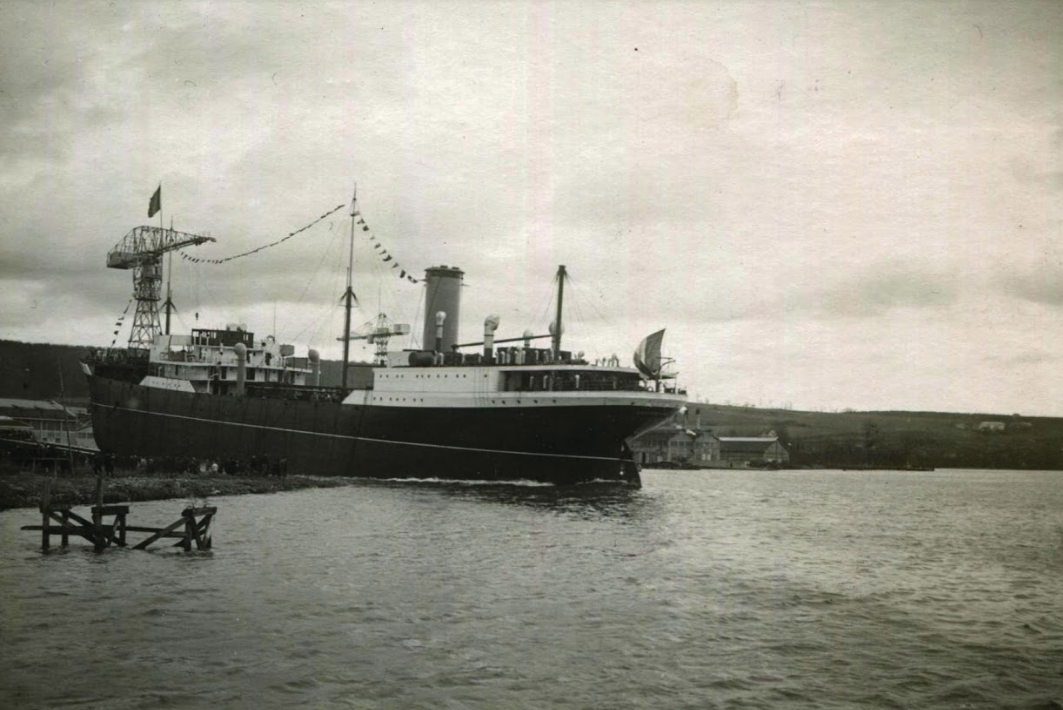 The twin-screw ship was 128.2m (412ft) long and the original tonnage was 10,920dwt or 7,931gt. Propulsion was by two six-cylinder Werkspoor pressure-charged engines, giving the vessel a service speed of 13 knots.

Megara had been built to carry crude and white oil products, but in 1931 Royal Dutch Shell took delivery of Agnita, built at the UK yard of Hawthorn, Leslie & Company, as the first ship purpose-designed to carry LPG – and, more specifically, sulphuric acid, butane and propane.

Agnita’s success in running these products between Amsterdam, Curaçao, Houston, and Rouen was so good that Shell decided to deploy a larger vessel on the service and chose to convert Megara for the job.

The conversion, which was undertaken by the Werkspoor yard in the Netherlands, involved the fitting of four riveted cylindrical pressure vessels in each of the ship’s six centre tanks. Twenty of the resulting pressure vessels were used to carry butane, while four were used for propane. This gave the ship capacity to carry some 1,300 cu m of butane and 158 cu m of propane.

Where was Megara built?

How big was the Megara?

Originally constructed as an oil tanker in 1929, the Dutch ship Megara went on to become one of the first specialist liquefied petroleum gas (LPG) carriers only five years later

What was the true purpose of the Megara?

What year did the Megara stop operating?

The ship continued carrying propane throughout the war, and early in the 1950s, until being sold for scrap in 1958

It was later revealed that Lloyd’s Register had been asked to omit any reference in its register book to the ships having been specially constructed for the carriage of sulphuric acid and high-pressure petroleum products.

The owners told the classification society they had ‘spent a great deal of money in constructing these vessels for a special trade and it is essential in their interests not to advertise their special features’. Consequently, their notations read: 100A1 Carrying Petroleum in Bulk and Fitted with Cylindrical Tanks.

In October 1937, Megara was damaged when a butane cargo exploded during a voyage between France and Southampton. And in December 1939, Agnita – then operated by Shell’s British subsidiary, Anglo-Saxon Petroleum – became the company’s first tanker to be attacked by air, while off the UK south coast en route for Rotterdam to load sulphuric acid. The ship was repaired in Southampton, but was sunk by the Germans in 1941.

Megara, which had flown the Dutch flag since coming into service in 1929, was switched to the Anglo-Saxon Petroleum Company in 1939 and put under the British flag. The ship continued carrying propane throughout the war, and early in the 1950s, ownership was switched to the Shell Company of Gibraltar, with the vessel serving as a depot ship in the harbour until being sold for scrap in 1958. Megara was broken up in the Spanish port of Malaga later that year.