Clyde pioneers: a look at women in British maritime education

As staff and students celebrate the half-centenary of Glasgow College of Nautical Studies (now City of Glasgow College), JO STANLEY looks back at the first women who passed through its classrooms – and takes stock of the place of women in British maritime education today…

Linda Forbes, Scotland’s very first female deck officer, began her career at Glasgow College of Nautical Studies in 1974 when she was 16.

Today she is an expert in renewables and works as the programme manager at the investment specialists Energy Capital. With three degrees in engineering and architecture behind her, she says: 'GCNS and Scottish Ship Management, my employers, really did start me on a 44-year career that I've gained a lot from and, mostly, enjoyed.'

The daughter of a chemist from Cumbernauld, Linda was the only female deck cadet on her course, and got her first seagoing experience on Scottish Ship Management’s 23,710dwt bulk carrier Cape Grenville. She spent eight years at sea, serving on other bulkers, containerships and general cargo vessels, and qualified as first mate in 1981. 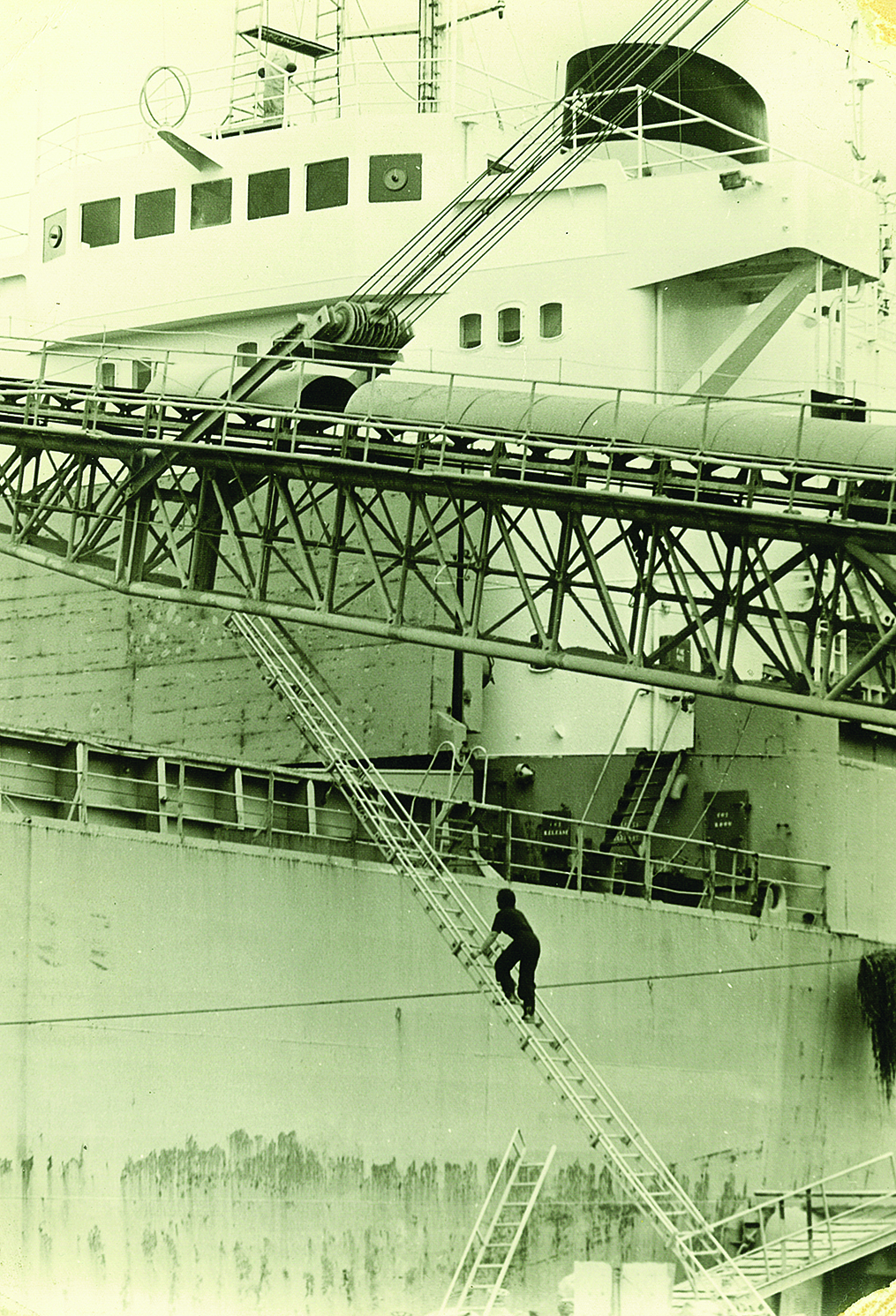 These days, women account for 6% of the students at the nautical school, which is now part of City of Glasgow College.

Linda says she does not remember any problems during her studies and suggests this indicates that staff were good at dealing with the introduction of women. ‘Maybe it was because they had already got used to women as radio officers,’ she adds.

Women had trained as radio officers since 1917, but it was not until 1959 that Angela Firman became the first British woman to qualify and sail, after graduating from Bridlington’s North Eastern School of Wireless Telegraphy.

Although she declared that ‘there’s no law against [British women going to sea], only tradition,’ she was one of the many forced to seek female-friendly Scandinavian ships instead.

Glasgow’s first female engineering cadet, Marion Pettigrew, joined in 1976. She was possibly the first woman engineer officer in the UK since Victoria Drummond, who was apprenticed at a Perth garage in 1916 and did night classes at Dundee Tech.

Women cadets got good grades, not least to prove to male colleagues that females were not intrinsically inferior. Some were so able that they even helped struggling males pass.

Women have gone on to teach maritime studies at the main maritime colleges, although their experiences have been mixed. One (with a master’s ticket) privately revealed she was sickened by the virulence of her head of department’s gender-based hostility. But another was delighted – and shocked – to find how much the women trainees were inspired by having a female lecturer.

The slogan ‘If you can’t see it you can’t be it’ sums up the continuing need for women trainees to see – and ideally be taught by – their successful foremothers.