The shipping industry has gradually come to accept responsibility for cleaning ballast water before releasing it back into the sea. But could some ballast water management systems be causing more harm than they prevent? ANDREW LININGTON reports...

With the US Coast Guard (USCG) reporting a 99% increase in port state control deficiencies related to ballast water management (BWM), Nautilus members have raised concerns about the safety of some of the systems being fitted to merchant ships.

The USCG said inspections last year had found the number of BWM deficiencies almost doubled, with the majority of the defects related to logs and records, alternate management systems, mandatory practices, BWM plans, and the discharge of untreated ballast water in US waters.

A total of 17 ships were sanctioned as a result of the severity of BWM shortfalls – with penalties ranging from fines to orders to leave port.

'The lack of familiarity and training regarding the use of a BWM system, maintenance of the BWM plan specific for the vessel, and implementation of a BWM strategy were found to be a common trend with the deficiencies identified,' the USCG report notes. 'In some cases, the Coast Guard found that the BWMS was only used during voyages to the US and that crews received little or no training in operating and maintaining the system.'

The USCG said it had now approved six ballast water treatment systems, and 'with availability of multiple operations, we are increasing emphasis on BWM compliance and limiting extensions'. It warned that ships found to be in breach of the rules will face 'significant' delays and penalties.

Nautilus members attending the Union's Professional and Technical Committee last month raised alarm about a number of safety issues associated with BWM systems. 'The main issues are with the chemical treatments using ozone and chlorine – which are toxic to humans, leading to concerns regarding the release of gases in enclosed spaces,' said professional and technical officer David Appleton.

'It should also be noted that there is insufficient research into the effects on marine life of discharging water using such chemicals, or into the risk of exposure to seafarers onboard,' he added, 'and there are also implications for crew workload – both in operation and maintenance.'

Committee member Captain Michael Lloyd said owners were opting for chemicals because they were cheaper than the more effective inert gas systems. And Henk Eijkenaar said he was disturbed by the increasing amount of chemicals having to be carried onboard, together with the associated risks of fire and storage.

Jessica Tyson said she feared that the 'industrial strength' concentrations of chemicals required for BWM may pose health and environmental hazards, and she suggested owners should have a duty of care to provide best practice guidance for their crews.

Tom Cardy said the authorities should be questioned about the potential for chemical systems to damage marine ecosystems and the environment. 'There is also a risk of members being criminalised for using systems which are approved but for which they have not had the training,' he warned.

Russell Downs said he was concerned about the level of training being given to seafarers in the use of new equipment such as BWMS and emissions reduction technology, and he warned that the ballast water problems have been exacerbated by the use of different systems. 'Some shipowners are stalling on fitting their ships, as it is a bit like Betamax and VHS and they want to see the solution before they jump,' he pointed out.

There is insufficient research into the effects of BWM chemicals on marine life ‒ or on seafarers. 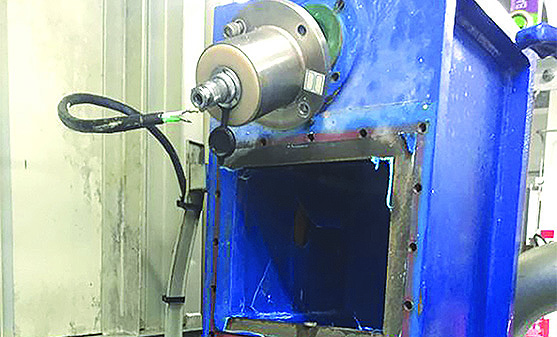 The UK Health & Safety Executive (HSE) issued a special safety alert after the 'catastrophic' failure of an electrolytic chlorination unit being used for ballast water treatment onboard a semi-submersible unit operating on the UK Continental Shelf (UKCS).

The Executive added that owners and operators using such units, or planning to install them, should undertake a suitable assessment of the risks of using the equipment – including hazards arising from over-pressurisation, gas production, over-heating, and maintenance and calibration.