Happiness on the horizon

Are you happy at work? Sadly, new evidence suggests that there has been a marked decline in the number of seafarers who consider that they are. ANDREW LININGTON reports...

Launching its report on the findings of the relaunched Seafarer Happiness Index* survey, the Mission to Seafarers warns: 'Seafarer happiness is falling. That should be a concern for the industry and it seems there are important questions to ask and issues to address.'

The Mission says the survey – based on feedback from almost 8,000 seafarers – offers the industry extremely valuable insight and a chance for employers to learn where others are going wrong. With the overall 'happiness level' having fallen from 6.46 (out of a maximum 10) in 2015, to 6.41 in 2016 and 6.25 in 2017, there is no shortage of lessons to learn.

Although a significant number of those taking part in the survey spoke of their pride at being a seafarer and the good money that can be earned, the report notes that 'the impact of isolation, stress and heightened workloads are still taking a very heavy toll on those at sea'.

The survey sought feedback on 10 key areas of life at sea, including mental and physical health, diet, rest, workloads, connectivity and access to shore leave.

The most negative results concerned workloads (5.66) and shore-based welfare facilities (5.80).

The report cites complaints from seafarers that they feel they are being treated like slaves and routinely over-worked, with 'repeated suggestions that hours of rest are not being followed and overtime agreements are being reneged on'.

The Mission said these problems are leading to tiredness, stress and fatigue. And the report adds: 'The most universal complaints across all vessel types surrounded paperwork and dealing with audits and inspections.'

Respondents highlighted the problems of getting access to shore leave, and the Mission said the low ratings for shore-based welfare facilities reflected the fact that some ports lack any provision for seafarers – with a number of crew members reporting that they never see welfare facilities on the runs and port calls they make.

'Long gone are the days when port calls meant something to look forward to,' the report states. 'Today, it is more likely to signal a procession of people demanding time and attention from the crew and bringing more work to be done.'

The survey echoed the findings of Nautilus research into shipboard connectivity – with the report noting that 'the responses of those who lack regular, reasonably priced and quality connection to those ashore paint a very sorry picture indeed'.

Overall, seafarers gave a 6.68 happiness rating for their contact with family while at sea. The report cites 'repeated and clear calls' for every seafarer to have internet access – and many seafarers stating that it should be made mandatory under the provisions of the Maritime Labour Convention.

The Mission pointed out that the relatively high score for connectivity reflected the fact that those with access are 'incredibly happy – posting results of 8, 9 and even 10s'.

A similarly mixed picture was given by the feedback on pay, with little middle ground and seafarers either considering their wages were good or bad – and the report points out that this was strongly affected by nationality.

There were also a lot of complaints about pay stagnation – with many respondents stating that they have had very small increases, or even none at all, in recent years. 'The issue of rising inflation in certain nations has also been seen as having a serious impact on seafarer buying power,' the report states.

'Often there has been a positive sense that salaries at sea outstrip those ashore, especially in developing nations,' it adds. 'However, it seems that things are changing. As the standards of living rise in the maritime labour supply markets, the rewards at sea are diminished.'

Worryingly, complaints about cadet pay figured strongly – with a number of respondents suggesting that current rates are not sustainable and are leading to fewer trainees coming into the industry.

Food is always a big thing for seafarers, and while it received a 6.26 rating, the survey highlighted concerns over cost-cutting, poor hygiene, low quality supplies, and a lack of skills and passion among cooks. There were particular complaints about too much fat and too much salt, and not enough healthy eating options, as well as some cultural dietary problems.

Seafarers also pointed to the difficulties they face in keeping fit at sea, even though many acknowledged the progress that has been made in providing facilities onboard their vessels. 'The demands of workload versus the need to rest, sleep and relax were acutely felt,' the report says. 'There were many who wanted to exercise, who had access to the equipment, but for whom the time was simply not sufficient.'

The survey showed a broad mix of view on training, together with a big generation gap on the issue – with many senior seafarers suggesting that much of the training is 'merely a tick-box exercise for the company' and a 'worrying trend that drills onboard are being seen as a substitute for training'.

There were criticisms about the cost of training – especially in centres ashore – and some respondents also complained about a lack of support from officers to assist with training.

The highest rating – 7.17 – was given to interaction with other crew onboard. A lot of respondents spoke of their pleasure at working positively with colleagues and the strong sense of camaraderie at sea, although some concerns were raised about the barriers posed by language gaps within multinational crews and the potential for cliques and divisions to occur among certain national groups.

A number of seafarers also complained about the way in which they were isolated by being the only person from their country onboard the ship, and others argued that quick turnarounds, short voyages and spikes in workload add up to a lack of quality time to relax and get to know colleagues better.

The survey showed that seafarers on containerships are the happiest, and that those aged under 45 appear to be the most satisfied with their work. Seafarers from the deck department also gave the highest marks for happiness, and female seafarers posted higher average happiness levels than their male counterparts. 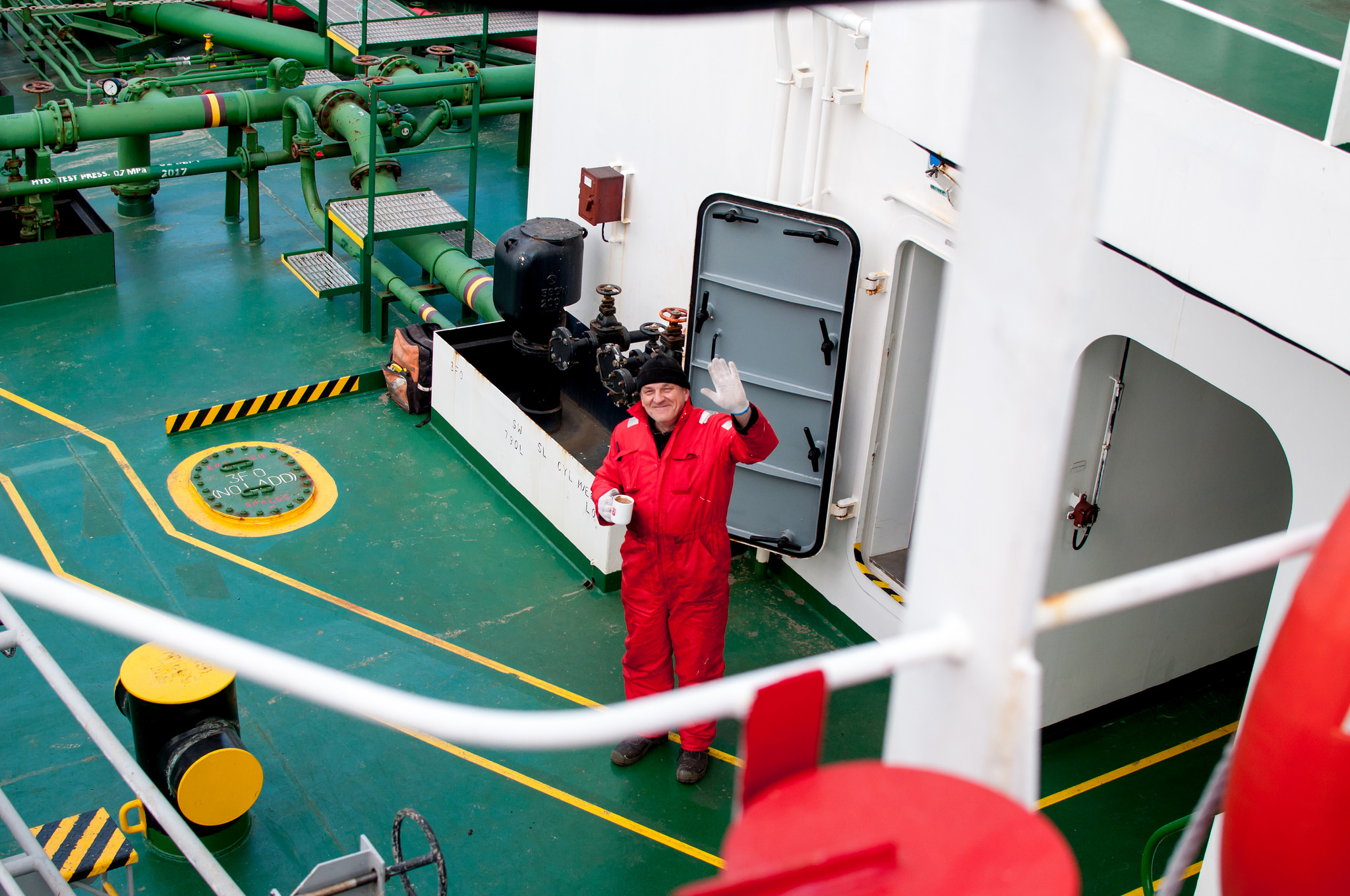 This was the first time the Mission to Seafarers has conducted the survey and its founder, former MN officer Steve Jones, said the responses had revealed fascinating trends and early warning signs. 'Happiness is the foundation for good employment,' he pointed out. 'Happy people stick around, happy people work well, they embrace challenges, they look to excel, and they share with others. Happiness matters, and shipowners ignore it at their peril.'