Nautilus member pioneers the use of drones

A Nautilus member is pioneering the use of drones to carry out dangerous and dirty work on ships. He tells Steven Kennedy how robotics can not only cut costs but also save lives…

'Drones have a large role to play in the maritime industry’ – so says Nautilus member David Knukkel, and he is well placed to know.

David has a significant maritime background, having sailed as an officer for Nedlloyd and P&O Nedlloyd for more than a decade.

He made the switch to shoreside as a superintendent for Reederei Blue Star, and in 2007 moved to Wärtsilä Switzerland as a maintenance contract manager.

But since 2015, when David founded Robotica In Maintenance Strategies (RIMS BV), he has been looking at ways to replace high-risk and resource-intensive maintenance work with robotic technologies.

One of the areas he has started to explore is the use of drones to improve safety. 'Drones are an additional tool to introduce safer working procedures and to allow people to work in a more cost efficient way,' he explains. 'For instance, it does not make sense to enter enclosed spaces, work at heights or inspect large ballast tanks by rafting if remote inspection technology can bring the eyes of the inspector or surveyor to a specific location.

'So, in the future, drones will become more and more important,'he suggests, 'not only for visual inspections, but also thickness measurements and preparation and maybe even the execution of repairs. There is no point of return anymore. The question is not if, but when, the market fully accepts and embraces the full scale of opportunities this technology brings.'

So how can the maritime sector break some of the chains that have been holding it back? Can the industry change its mentality andembrace new technology in a way that will allow it to flourish?

'I personally think that there are a number of barriers for getting new technology involved in the maritime industry,' David says. 'One such barrier is awareness. Many are so busy with the daily business that they do not have time to search or experiment with new technology.

'Also, there has to be a proof of concept. The market is afraid to experiment. The attitude "we have done it for years and it works" often prevails.

'Another factor is regulation. Qualifications set by the classification societies, and also by the local civil air authorities, are strict,' he points out. 'This is an advantage for the professional companies, though, as they can obtain the required approvals.'

Workers can get access to images from a safe distance especially in enclosed spaces.

At present, most drones are for outdoor flights, and can visually inspect hull structures. Drones for internal inspections are harder to find, but RIMS has one that can go inside manholes. It allows the operator to carry out general visual inspections and close-up surveys in areas which could otherwise be hazardous to humans.

'It requires flight skills but also an extremely good knowledge of vessel structures, navigation and inspection skills,' notes David. 'In addition to visual inspections, we would like to add different sensors on it as well, so the operator can measure oxygen and gas levels in advance before a physical tank entry is performed.

'At this stage there are no drones which carry sensors that monitor oxygen levels,' he notes, 'but we are experimenting with it, so people can enter a tank safely. It is important, however, to have a link between the measured value and the location of the drone. At the moment this is still a challenge, but I expect that it is only a matter of time before that is solved as well.' 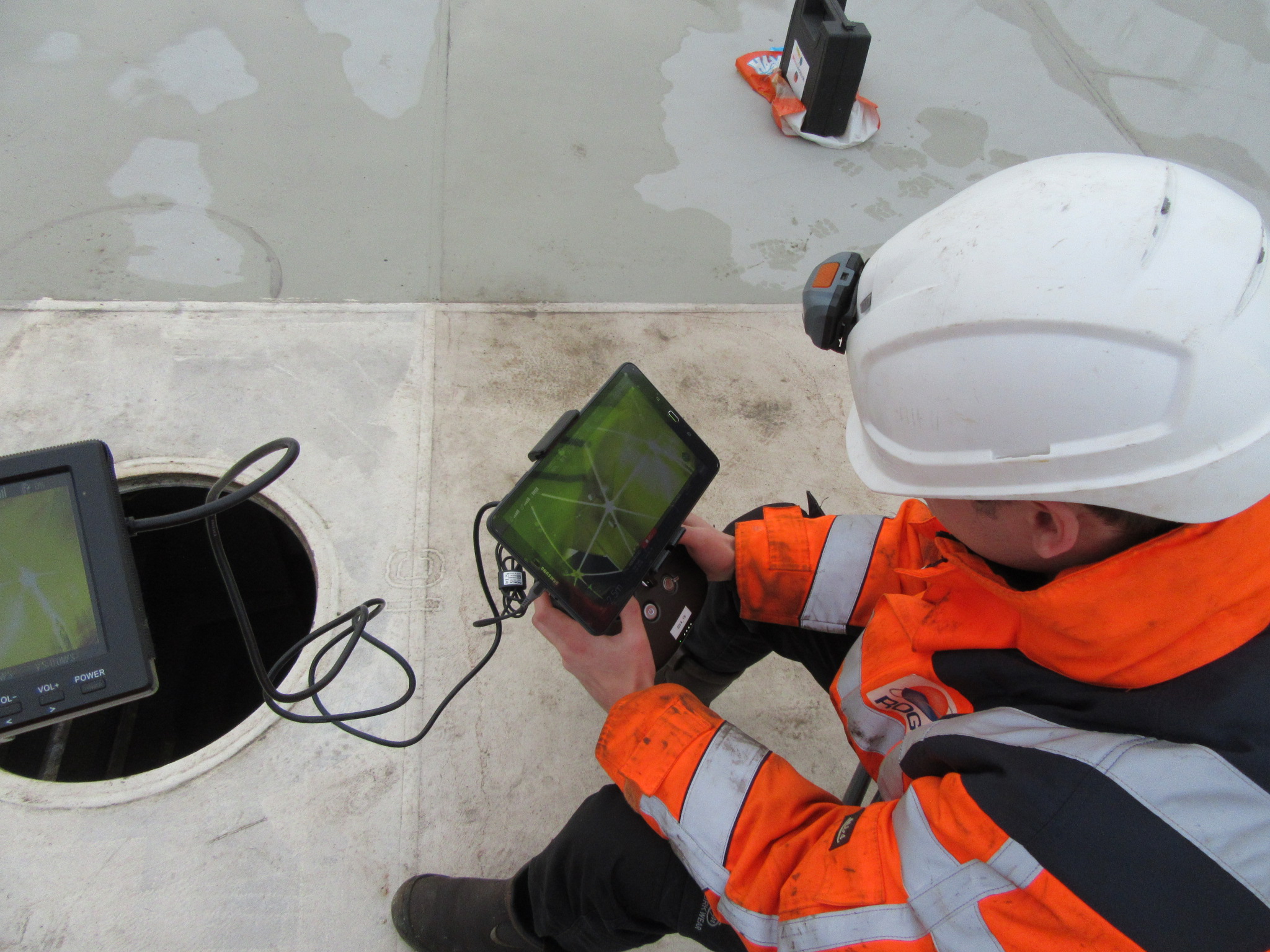 Increasingly large sums are being pumped into developing drones for in all sorts of maritime applications – from at-sea deliveries to handling mooring lines or checking the integrity of cargoes.

The European Maritime Safety Agency last year issued contracts valued at €67m to use 'unmanned aerial vehicles' for a wide range of surveillance operations – including 'sniffing' emissions from shipping.

Spending on drones in the civilian sector is now expected to outstrip the military within a few years.

With such potential, perhaps it's only a matter of time before shipping companies have specialist drone operators onboard their vessels.

'I do firmly believe that drones will be a tool onboard ships, especially for internal inspections,' concludes David. 'At the moment, a good pilot is required, but we are in a transition phase and I expect that in the far future drones will become automatic tools that can be rented or purchased and placed at strategic places, supporting crew, inspectors and surveyors with the inspections and thickness measurements.'